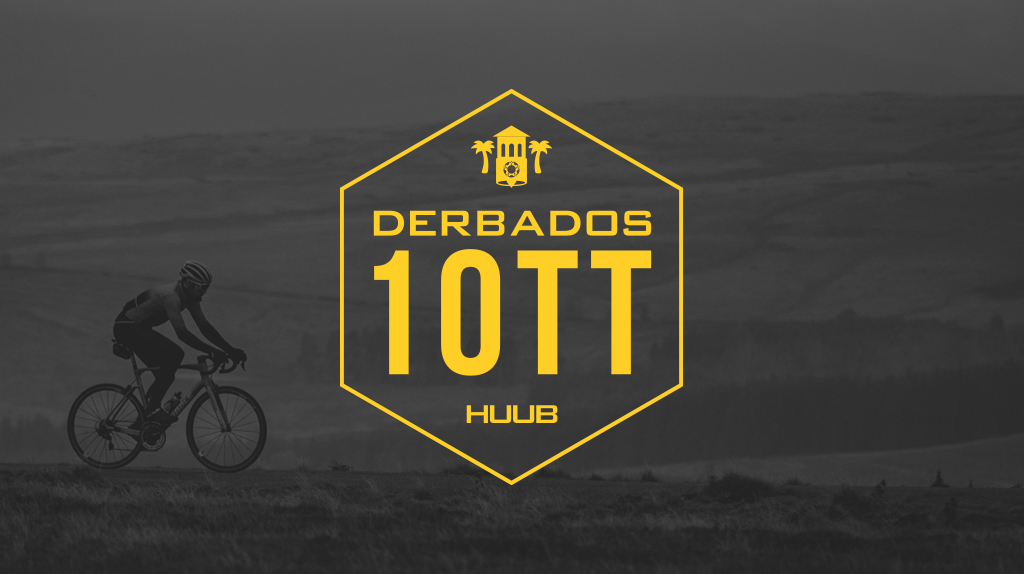 The HUUB and RGT Cycling Derbados Ten is an eight-week Time Trial Series that will give cyclists from around the world an insight into the Great British obsession with Time Trials.

Time Trials have always been a low-cost way of testing yourself against the clock, and our Derbados Ten is no different. It's not even £1 and a cup of tea in the virtual world... These events are free, and you won't have to subscribe to RGT to get involved!

Jacob Tipper, or “Tipper” (HUUB’s Head of Cycling), has spent hours meticulously selecting routes that showcase the "best" of British, including courses like the Bobbington Ten and the Coalville Wheelers Ten. These roads are reproduced using RGT Cycling’s Magic Road Feature.

Tipper, an accomplished athlete, professional coach, and Ribble Weldtite cyclist, has also created a specialist Time Trial Training Plan to accompany the event series. The plan has been specifically devised to improve your Time Trial ability and make you fitter, faster and stronger for the coming Time Trial season.