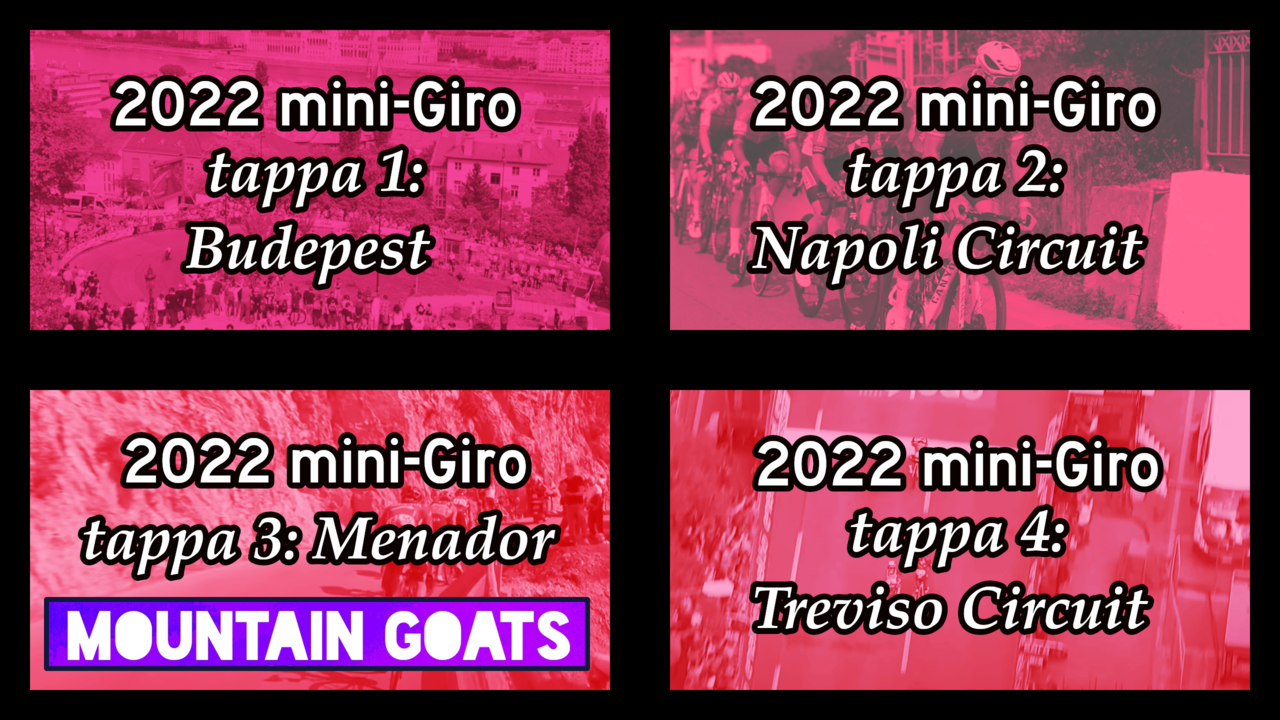 The 2022 Giro d'Italia was an exciting race which came down to the final stages. The challenging route featured several novel aspects, including a stage start in Budapest, Hungary, and several stages incorporating circuits similar to those often used in world championships, with exciting racing with wins from the breakaway.

This race features four stages of the 2022 Giro:

We'll have a general classification along with a points classification and a GPM competition. Consistent with a weekday series, the stages are all relatively short, with only the Menador climb taking up to an hour or more. Pacer bots will be there to keep you company if you're not ready to stay with the lead riders. Riders who have done all stages so far are eligible for stage and/or GPM points. Riders doing all stages are eligible for the final classificiations (although points for stages are not re-calculated if a rider later misses a stage). However, riders can enter any stages they wish. So for example, if a rider does stages 1 and 3, the rider is eligible for points on the Budapest climb on stage 1, but not for the Menador climb on stage 3, having failed to finish stage 2.

Stage 1 opened the books on the GPM standings with a category 4 climb to the Budapest castle. This was followed by the stage 2 Monte Di Procida, also category 4. GPM standings were dominated, however, by the stage 3 first category ascent of Menador. All riders completing the first 3 stages finished stage 4, Treviso, securing their positions in the GPM rankings.

An "x" in the table indicates the rider didn't finish the relevant stage and is therefore ineligible for further GPM points.

Stage points go to the top 15 each stage, counting only riders who have completed all stages to that point, using the point schedule used in the Giro d'Italia.