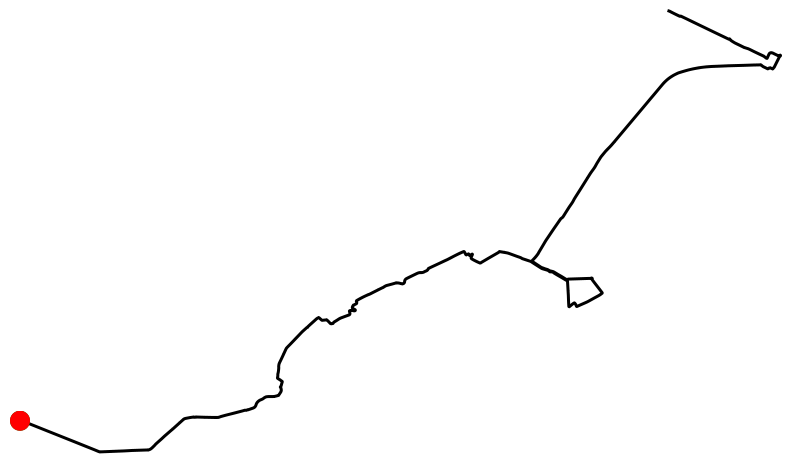 The opening stage of this years’ tour is based on possibly the most thrilling individual time trial in a Tour de France that has ever been witnessed, the final stage of Le Tour 1989. The world watched as Greg Almond used time trial bars and a disc wheel for the first time in a Grand Tour to overhaul the fifty second lead of the home favourite Laurent Fignon. Against all odds Lemond completed the 24.5 km (15.2 mi) stage at an average speed of 54.545 km/h (33.893 mph), the fastest individual time trial ever ridden in the Tour de France to that point, winning the stage and his second Tour title by a margin of eight seconds. A final stage ITT was not only a change from the traditional processional/sprinters stage, but also it finished the “wrong way” at the Arc de Triomphe. The stage predated the use of gpx files and cycle computers so OTR went through an historical route description and plotted it turn by turn in Google Maps before translating it into a usable GPX file to create possibly the most iconic time trial stage ever.